Skip to content
Home > What are the ranks of police officers – and average pay?

What are the ranks of police officers – and average pay? 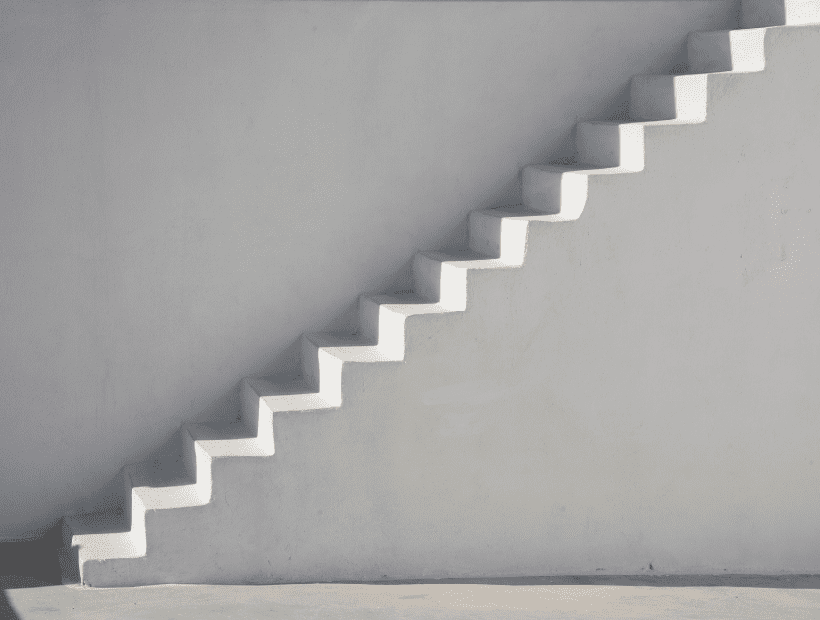 Like any career, police officers have their own ladder which allows them to move up the ranks and increase their salary.  As a police officer climbs up the ranks, they are also able to enjoy greater benefits and responsibilities, such as leading a team or holding political appointments. Although not easy, it’s not impossible to go from a rookie patrol cop to being the chief of your department. There are various ranks police officers must climb, but at the end, going up the ladder is worth it for patrol officers and detectives alike. It’s important to note that salary can increase while moving up the ladder, but this widely depends on the state you are in as well.

What are the Ranks of Police Officers?

There are various ranks for a police officer to move up. From lowest to highest, here are their ranks and the type of pay you might expect to see as well as their responsibilities.

These are just some of the many job duties that a patrol officer or police officer will perform during a given day. Within the police officer field, there are other types of officers such as police officer II personnel and even field training officers. While these police officers might not necessarily achieve a huge boost in pay or rank (typically a salary increase is around 5%), it does bring them better responsibilities and can help them achieve higher ranks within their career.

For instance, a field training officer is in charge of making sure police recruits and new police officers straight out of the academy are getting the training and experience they need to provide the best policing possible.

Salary for a police officer ranges widely according to the state you’re living in. There are certain benefits to living in a state that has a higher cost of living, since this translates to higher earnings for police officers in states like New York. At the upper end of the spectrum,  a police officer in California can make upwards of $105,000 per year, while in Mississippi, police officers make a little over $36,000 a year.

According to the Bureau of Labor Statistics, the average salary for a police officer is $66,020 per year as of 2019. This isn’t bad, considering the many career options available for police officers and the little to no need for formal education or a bachelor’s degree.

A police detective is perhaps the most well-known of the police officer ranks. A detective is responsible for solving crimes such as:

Although they are under the same pay as police officers, detectives do have certain perks. For instance, certain police departments, such as the Los Angeles Police Department, allow their detectives to wear business casual clothing while working and they are working mostly out of an office setting.

A police captain ranks higher than a police lieutenant and brings in a slightly (on average) higher salary at around $81,000. Police captains can make financial decisions in regards to staffing, allocation of resources, and overtime within the police department. They work closely with the deputy and assistant chiefs of a police department, and can also determine whether they will be hiring new recruits, giving out incentive pay and bonuses, and more.

A police captain rank can be achieved through regular promotions in the civil service. Ranks after this are usually appointed by the police commissioner or members of other higher ranks. One of the benefits of being a police captain is having the ability and experience to be chosen for these higher positions.

Chief of the Department

The chief of the department is the highest ranking official in charge of the entire city’s police department. They work together with their deputy chiefs, assistant chiefs, and police captains to allocate resources and determine hardline funding for a department. The chief of a law enforcement department is usually chosen by the mayor, making them a political appointee. They also have the power to appoint deputy chiefs and assistant chiefs. They have a high base salary of around $113,000 per year.

Are the Ranks the Same for All Departments?

The ranks can differ in many departments. Some might include colonels and majors, such as in the Baltimore police department. In addition, departments such as the Sheriffs department will have completely different ranks and higher-ranking officials. For instance, a Sheriff might be equivalent to a deputy chief. Federal, state, and local departments will usually have an organizational chart that can clarify any ranks.

How Do I Improve My Rank and Salary?

Higher education and good evaluations go a long way in helping you improve your pay scale and promotional opportunities. A college degree, such as a bachelor’s degree in Criminal Justice, can help you stand out among the rest of the crowd. Networking with other officials and constantly asking about career opportunities can also make a good impression and help you improve your rank.

Police officers can start off as patrol cops and foot soldiers that play an important role in everyday community policing, rising through the ranks and becoming responsible for more and more officers. There are a vast amount of opportunities for advancing within a department, so officers should continue to explore new opportunities to advance their responsibilities and pay. 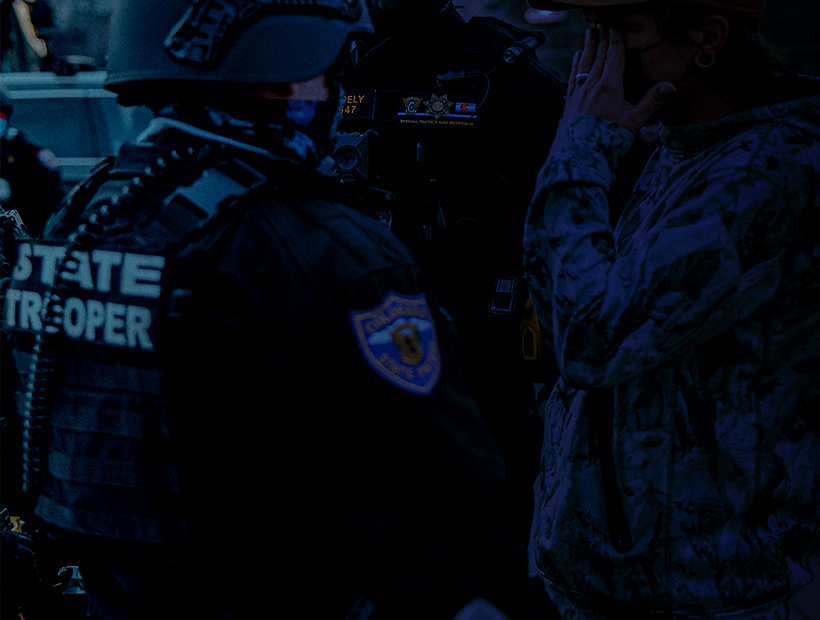 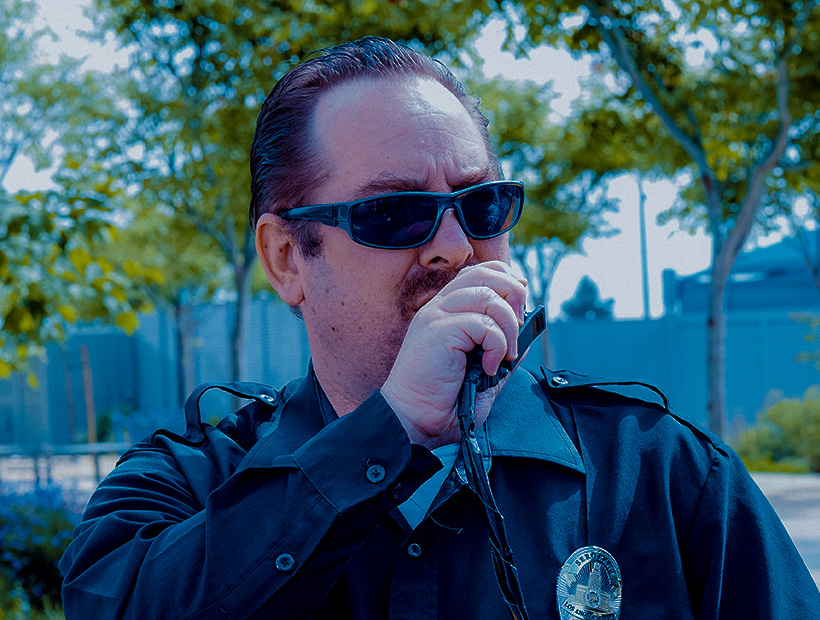 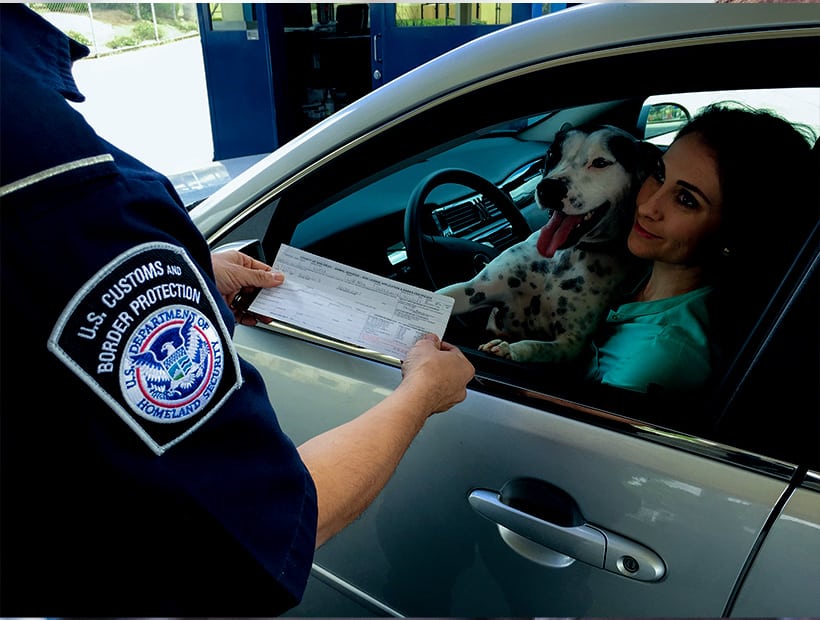 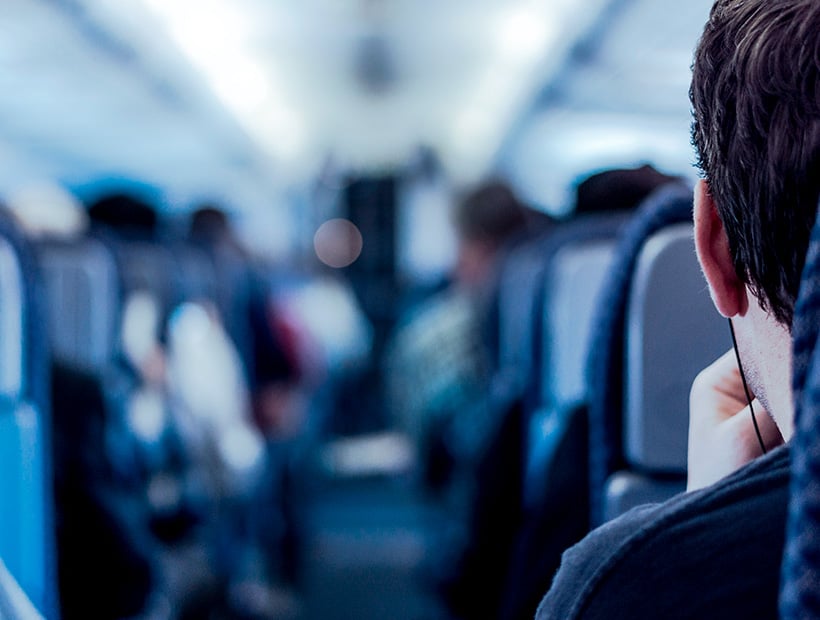 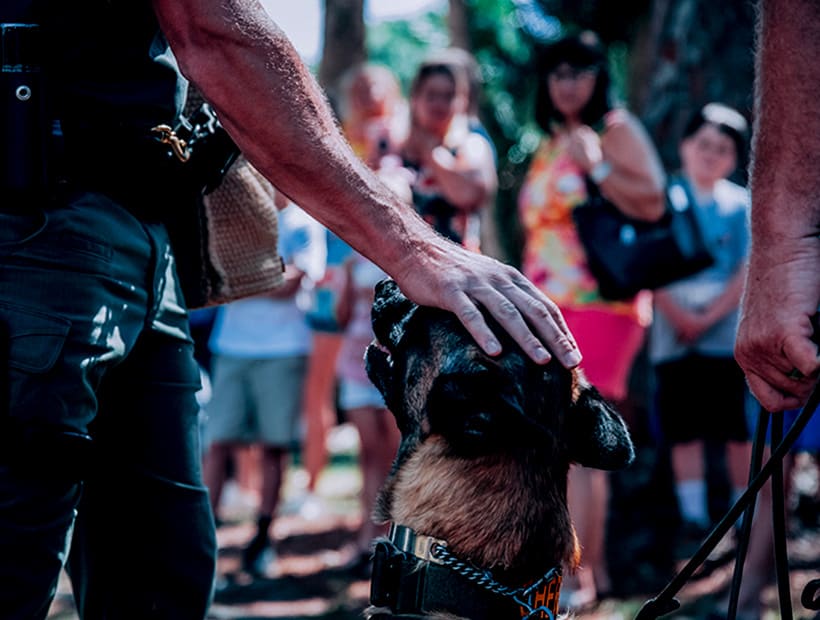 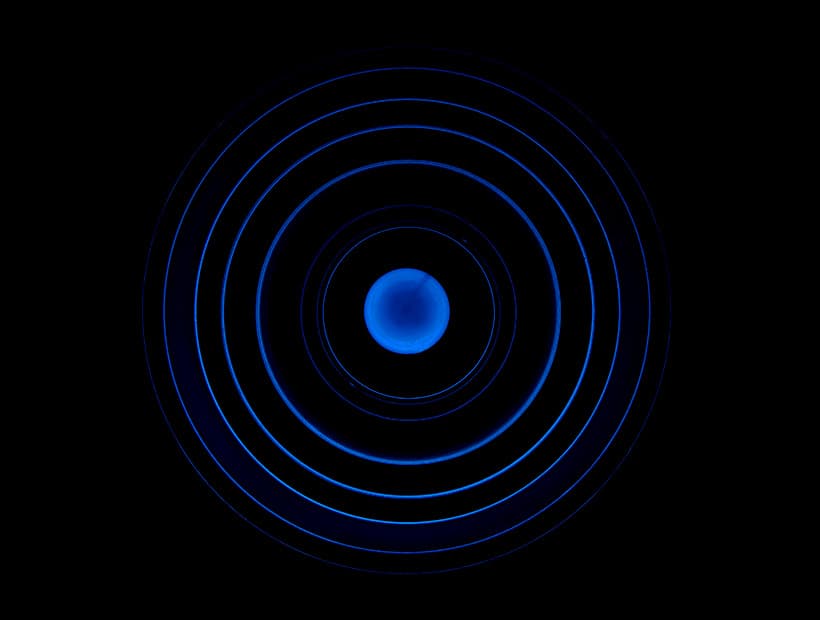 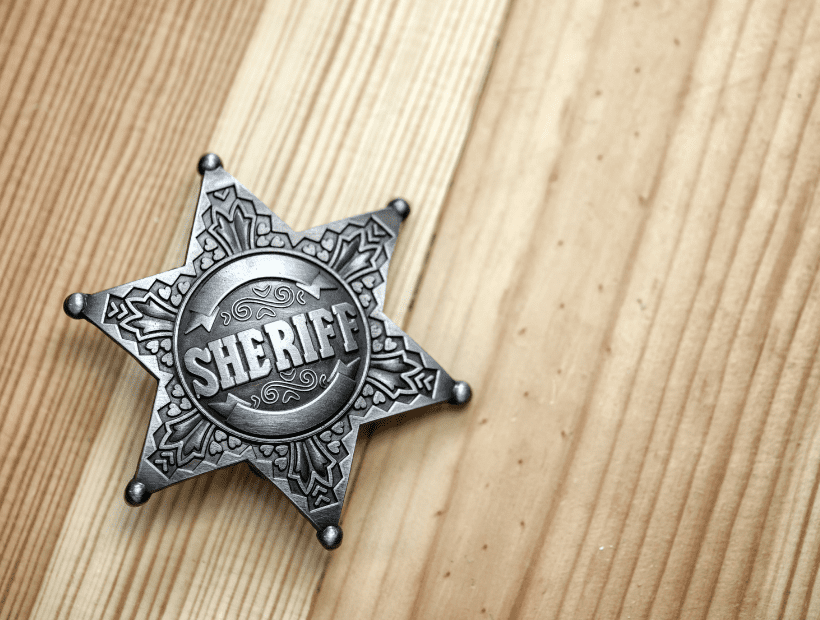 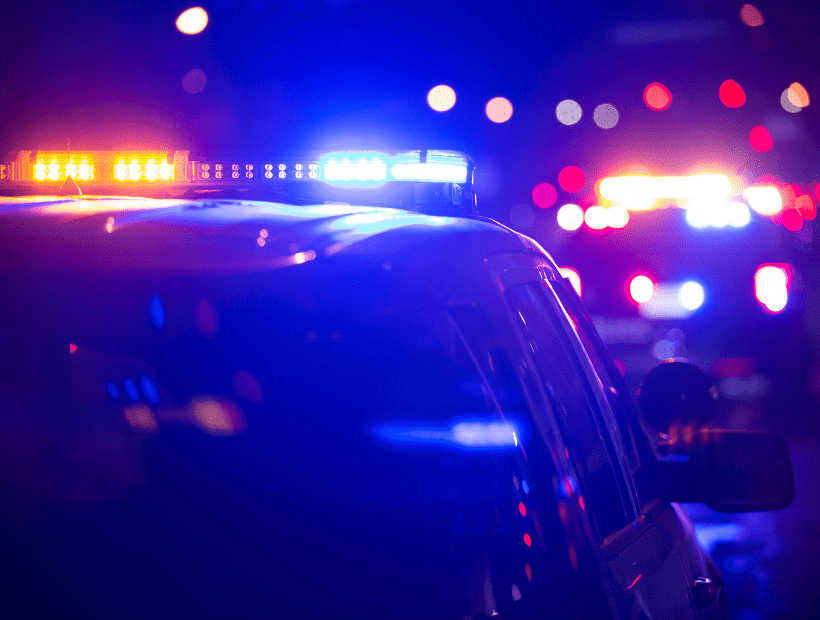 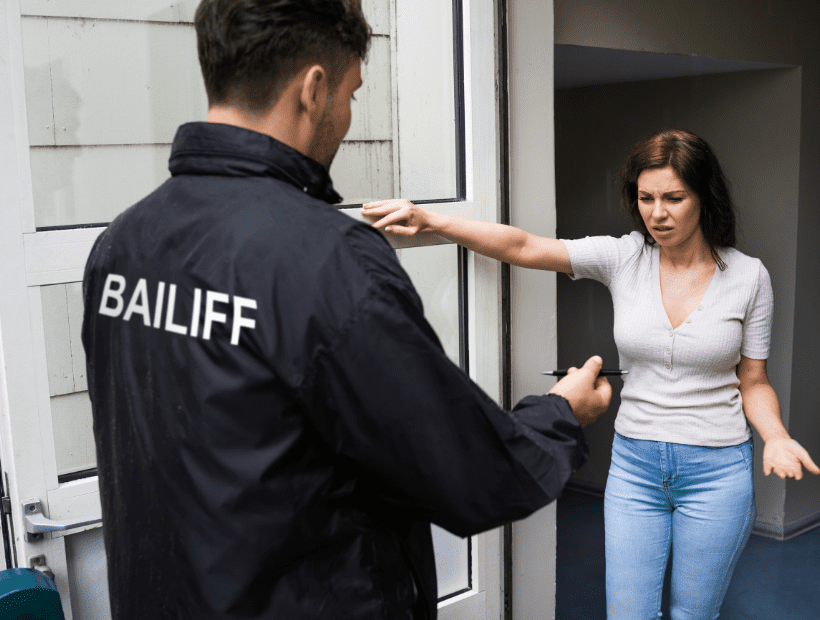